Learn how to plan your DEI Initiative!
Skip to content

MFHA is launching our MFHA Celebrates program where we will highlight cultural holidays and cultural heritage months throughout the year. We are pleased to present Lunar New Year & Black History Month. With each holiday/heritage month we will provide to MFHA members a key fact sheet including activation suggestions and offer a 15-minute “office hours” time slot with Seema Jain, Founder of Seva Global. To ask questions, discuss activation ideas and suggestions, and hear how other fellow MFHA members plan to celebrate the holidays/heritage months with their employees and customers. 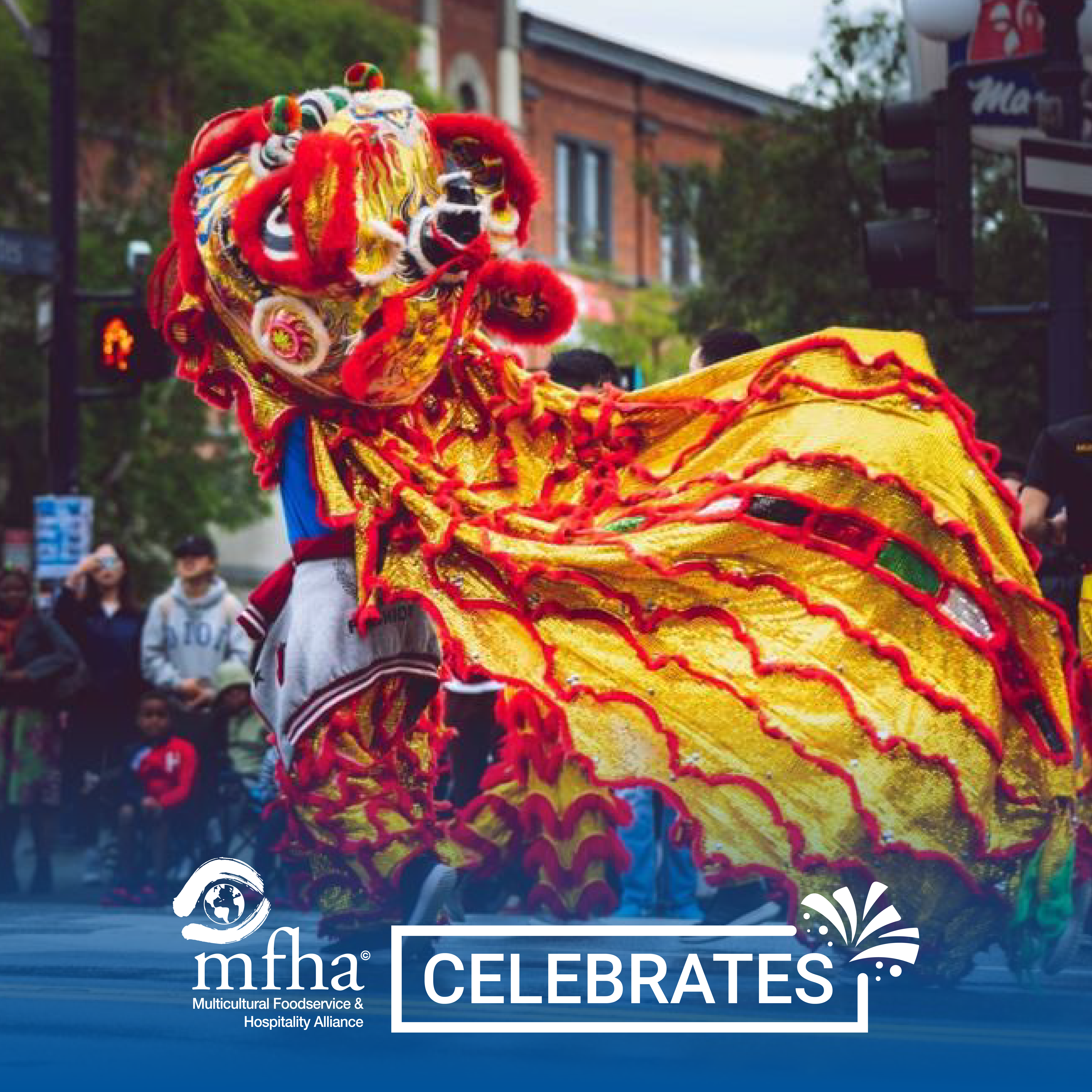 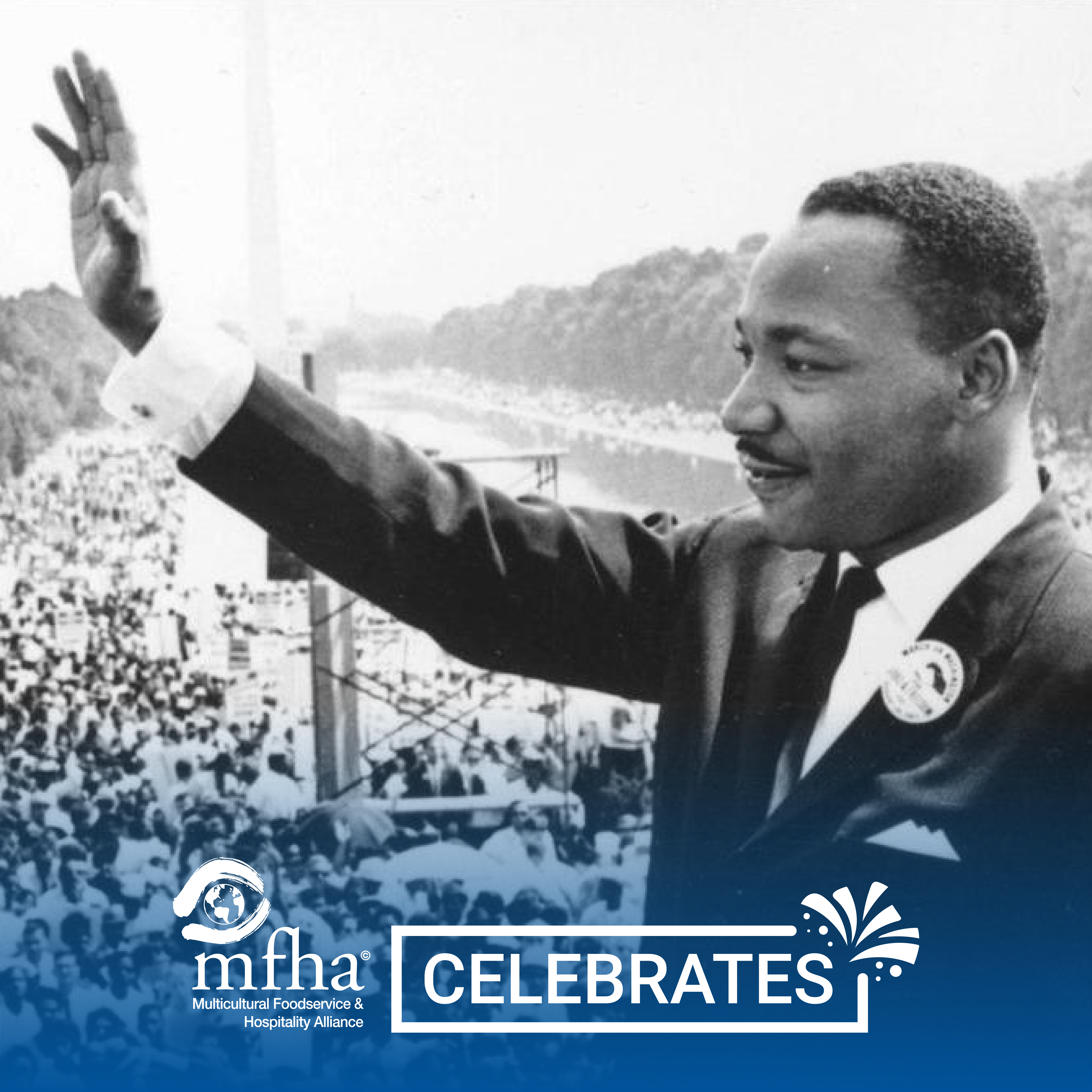 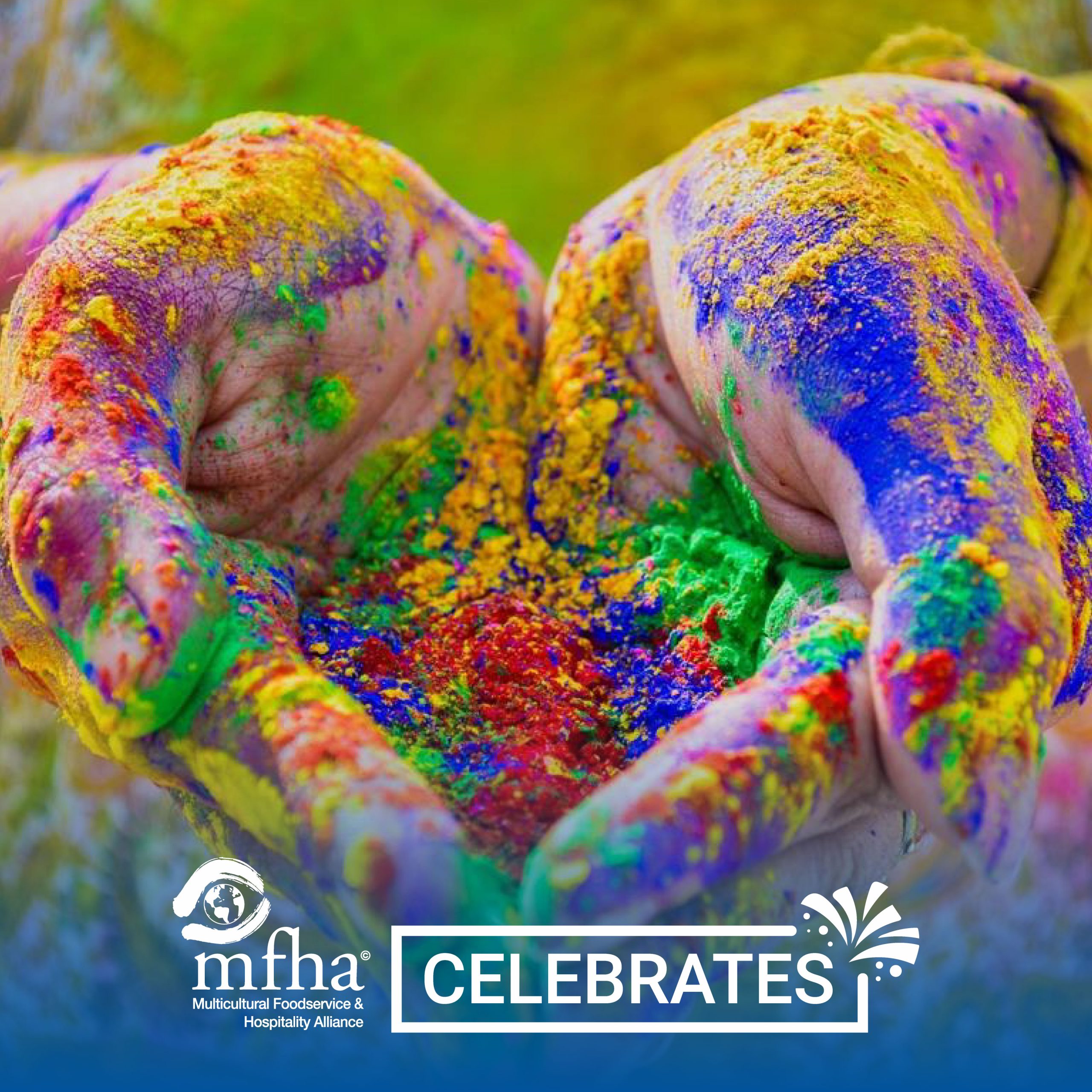 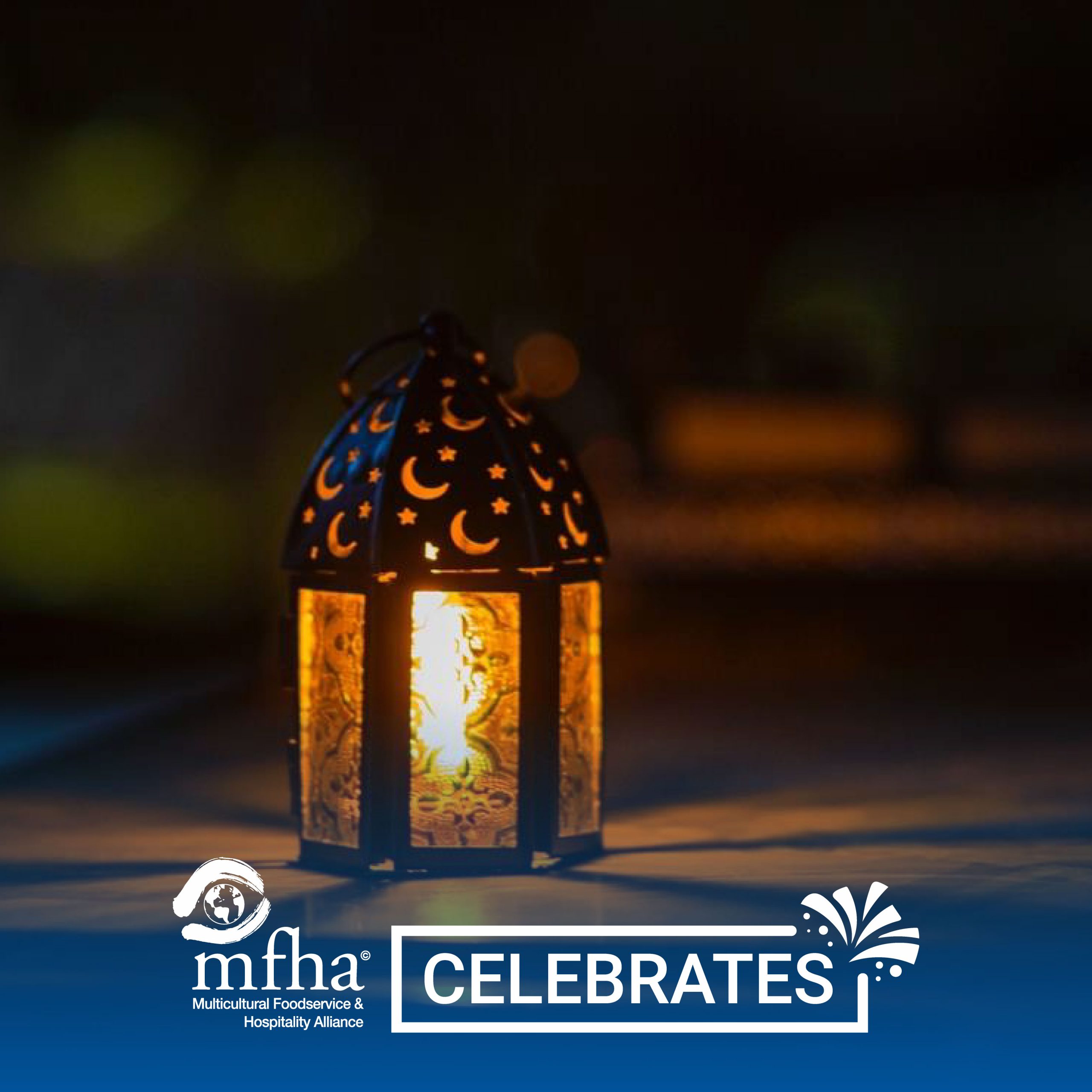 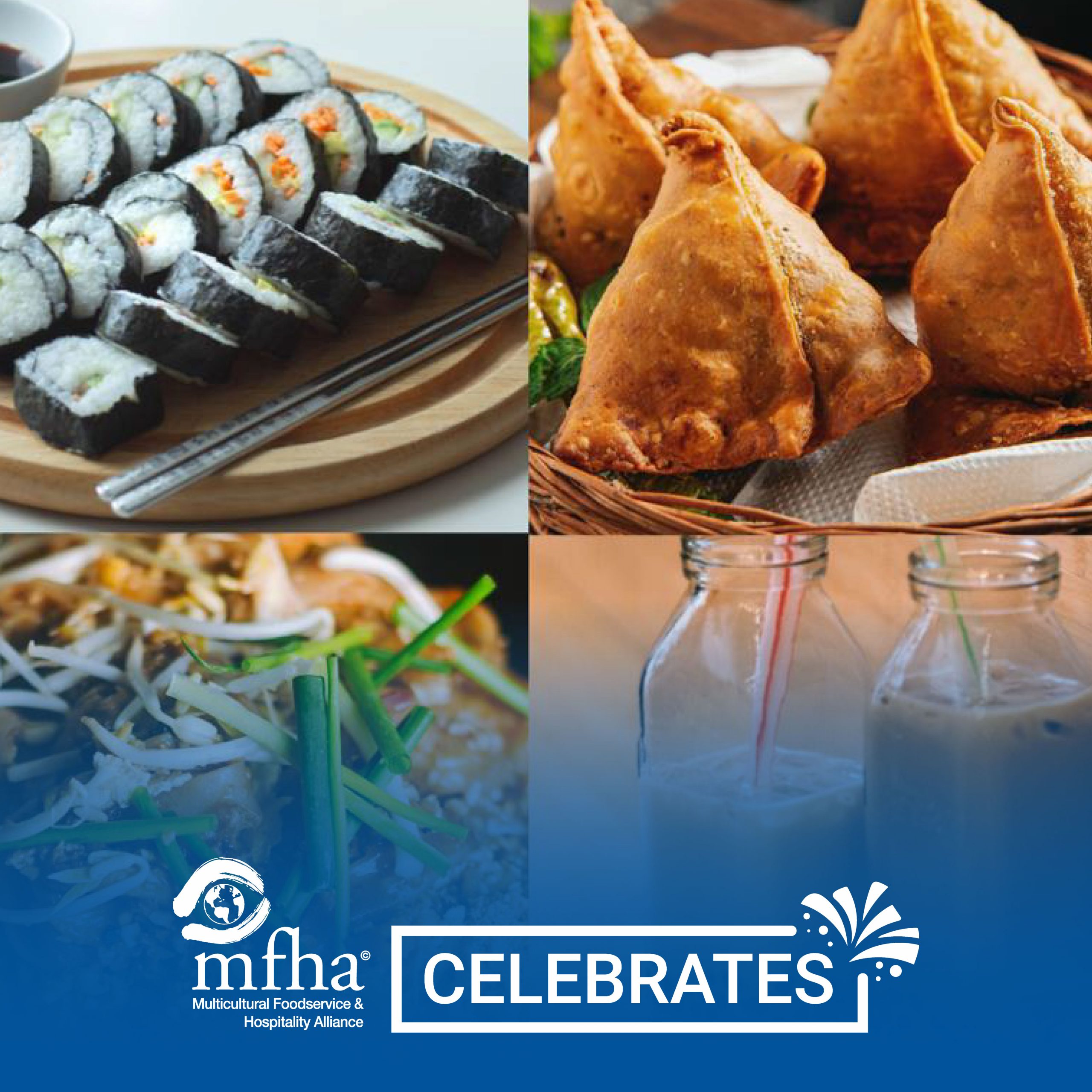 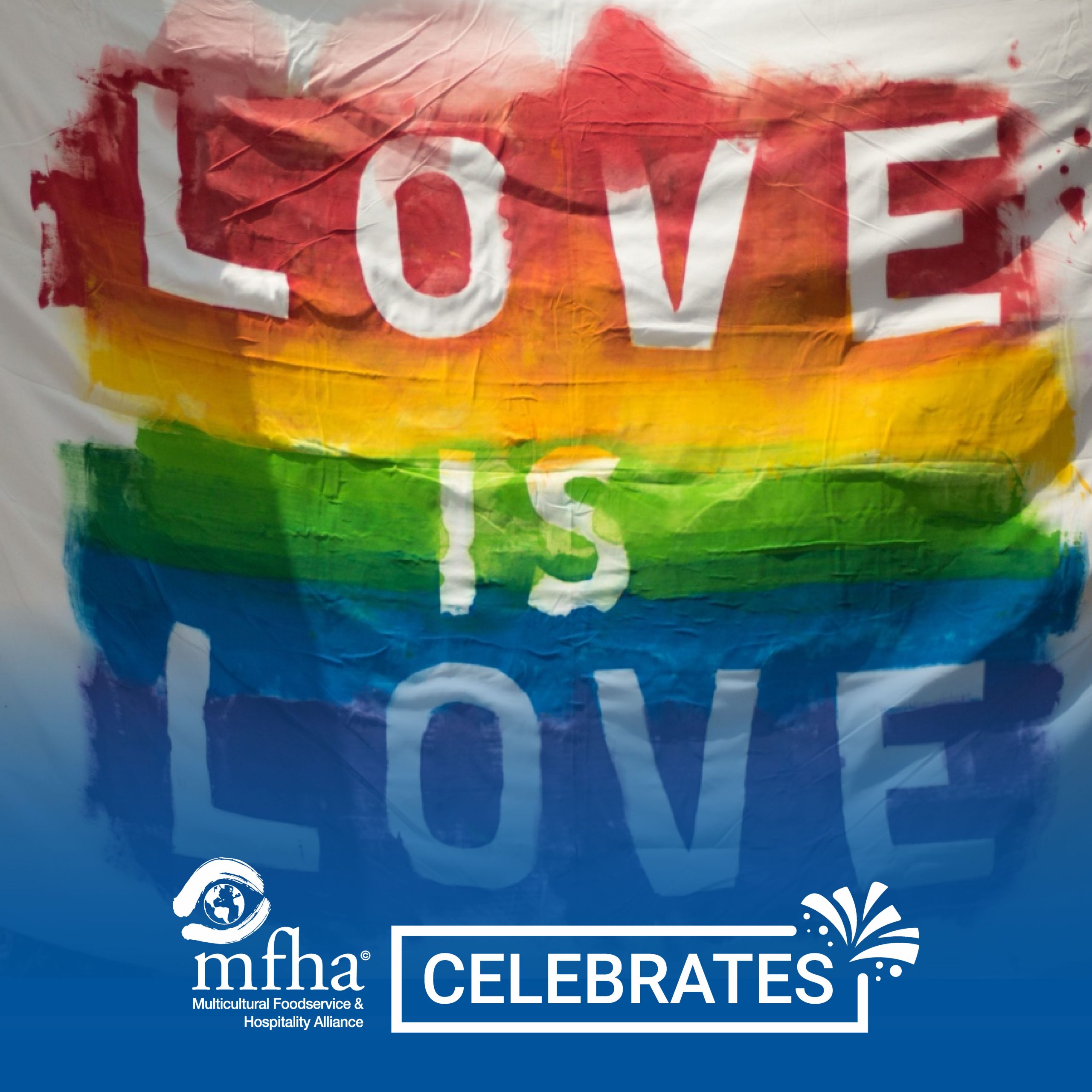 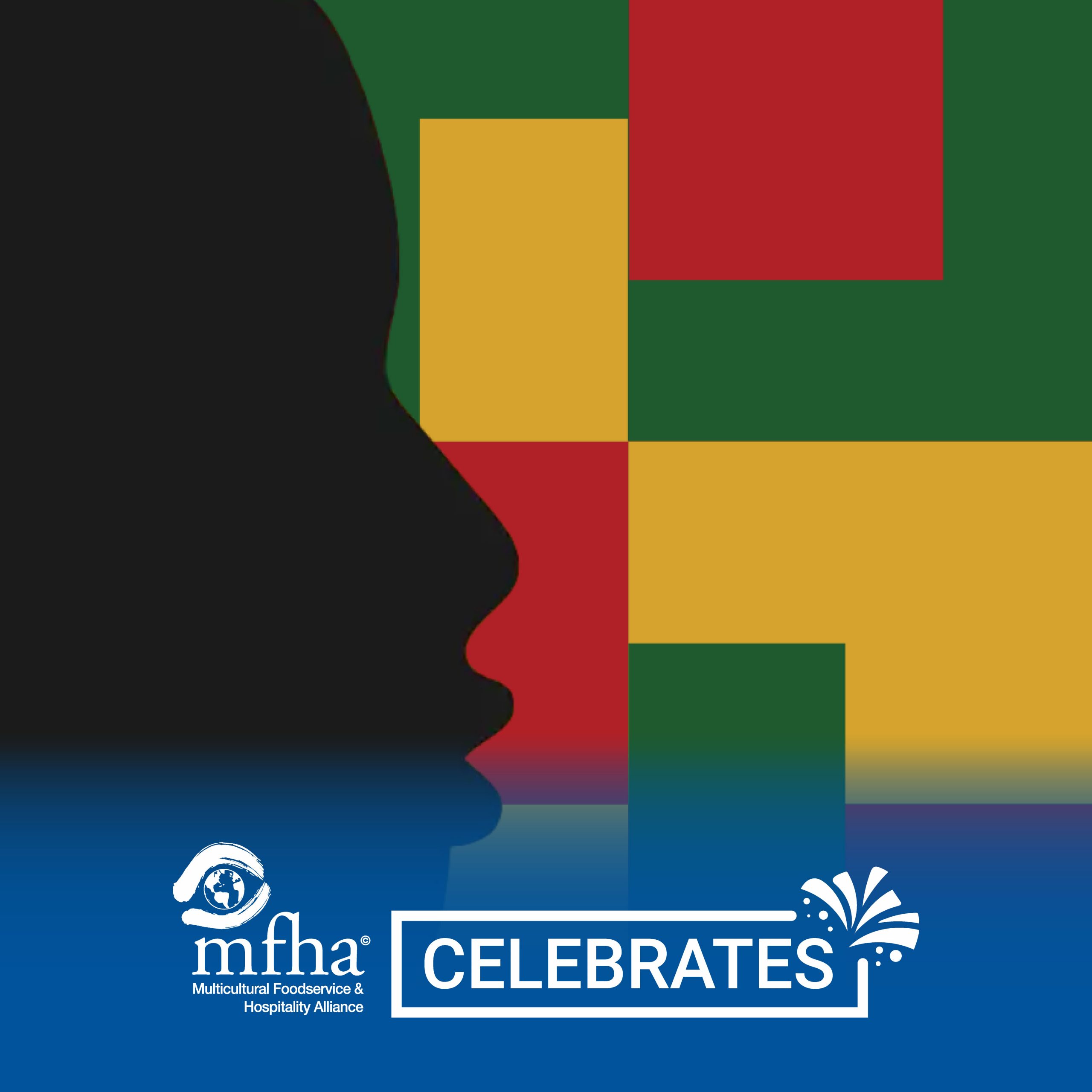 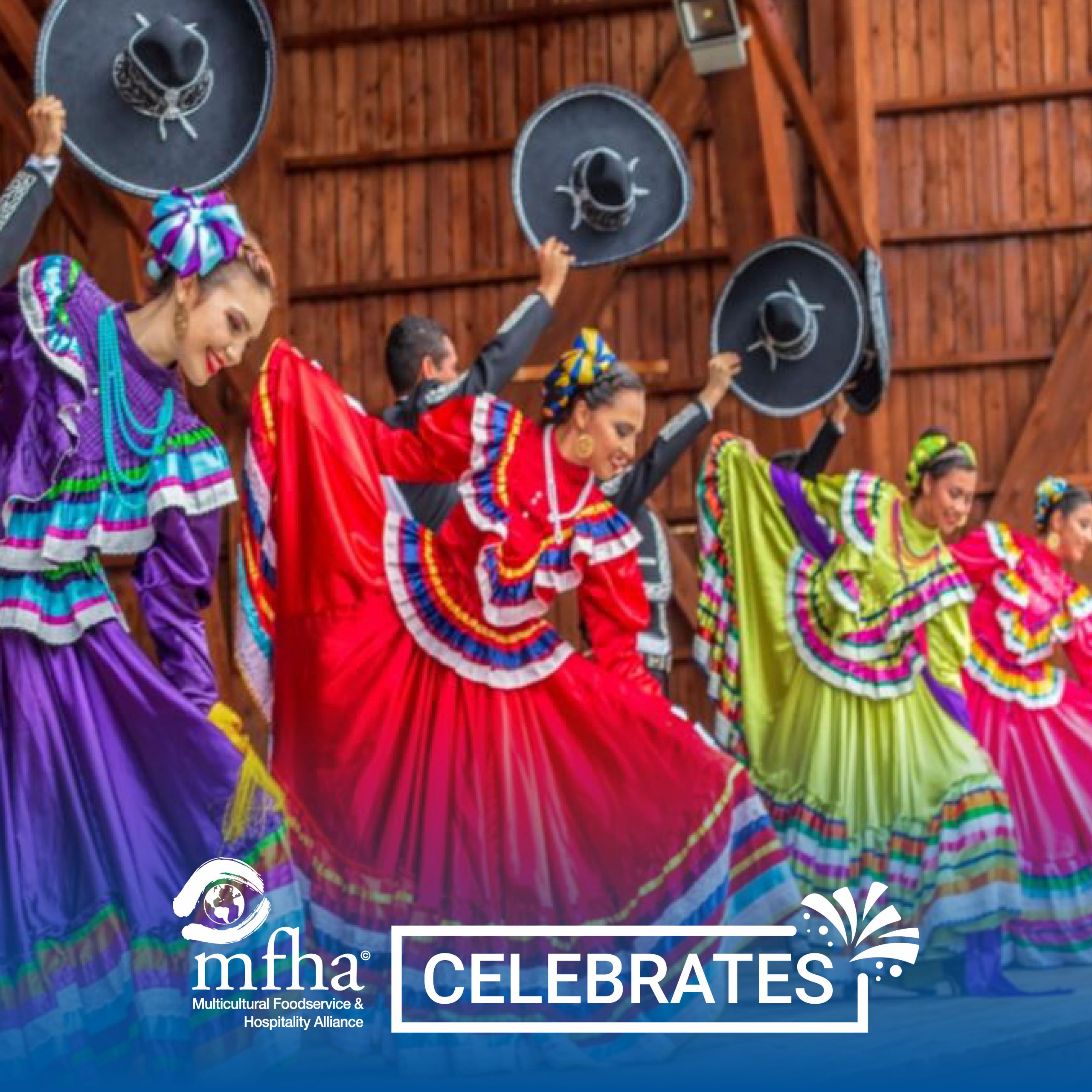 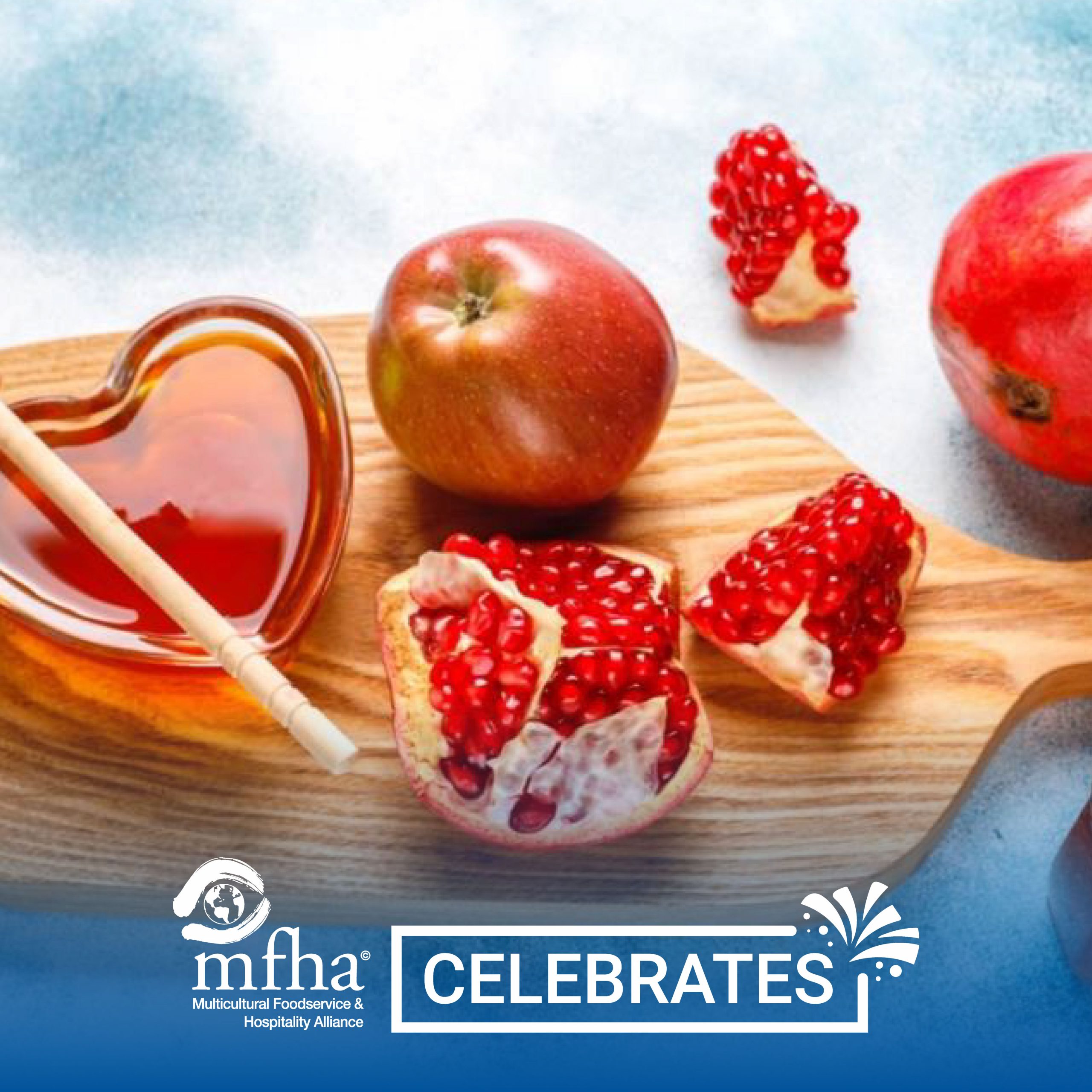 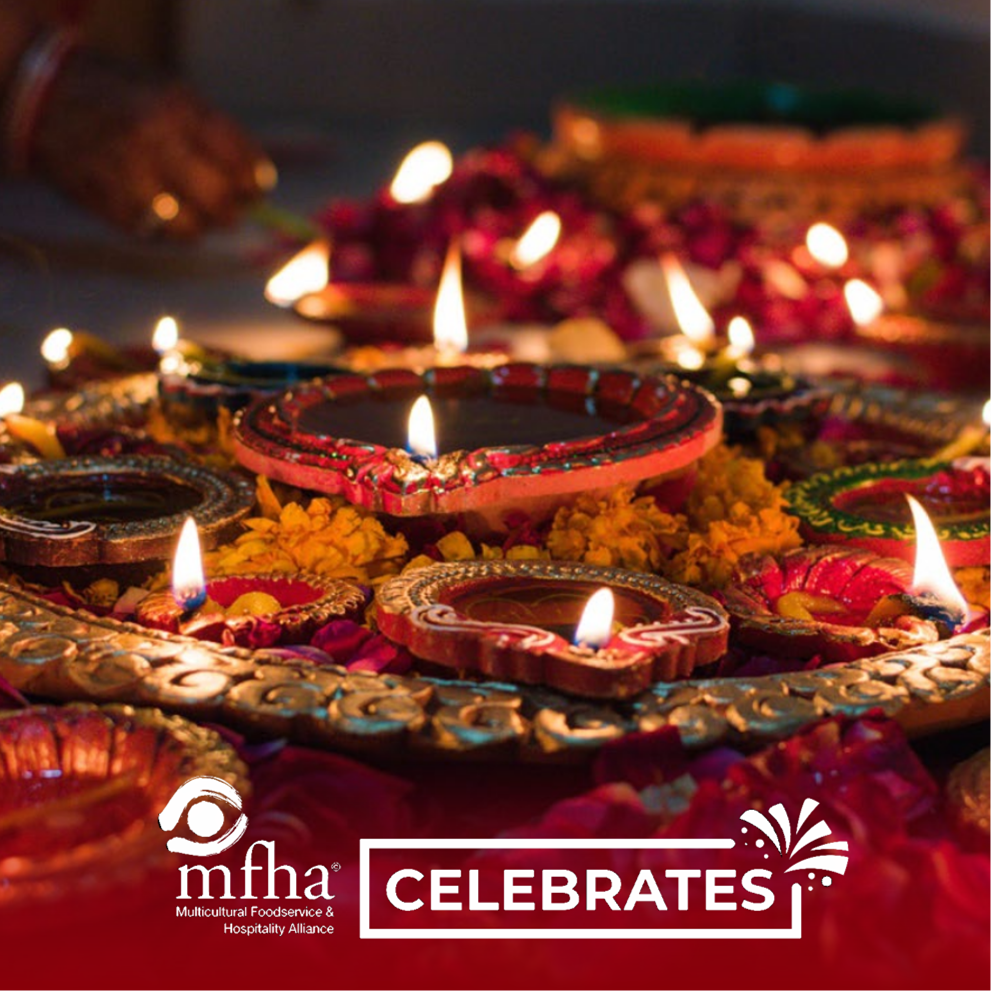 Lunar New Year, or Chinese New Year, is a 15- day annual celebration marking the first new moon of the lunisolar calendar. 2022 is the Year of the Tiger.

While Lunar New Year is not a religious holiday, the celebration’s magnitude is similar to Christmas in the USA or Europe. The holiday is mainly celebrated in East and Southeast Asia.

The festival is thousands of years old and there are many legends of its origins.

In September 1915, the Harvard-trained historian Carter G. Woodson and the prominent minister Jesse E. Moorland founded the Association for the Study of Negro Life and History (ASNLH), an organization dedicated to researching and promoting achievements by Black Americans and other peoples of African descent. Known today as the Association for the Study of African American Life and History (ASALH), the group sponsored a national “Negro History Week” in 1926, choosing the second week of February to coincide with the birthdays of Abraham Lincoln and Frederick Douglass. By the late 1960s, negro history week had evolved into Black history month on many college campuses. President Gerald R. Ford officially recognized Black history month in 1976. Since then, every U.S.
President has officially designated the month of February as Black history month and endorsed a specific theme. The theme for 2022 is “Black health and wellness.” Other countries around the world, including Canada and the United Kingdom, also devote a month to celebrating Black history.

Holi (ho-lee) is a famous Indian holiday known as the “Festival of Colors” or “Festival of Love.” Holi celebrates the beginning of spring. The festival lasts for a full day and night, celebrated on the last full moon in the lunar month of Phalguna, typically falling in March.

Originally, Holi was a festival that commemorated good harvests and the fertile land. Hindus believe it is a time for enjoying spring’s abundant colors and saying farewell to winter.

It is more commonly celebrated in North India. Holi has started becoming more popular outside of India as well.

Key Fact Sheets
Muslims believe that Ramadan (rah-ma-dahn) is the month when the Qur’an (holy book) was revealed to the Prophet Muhammad (Peace Be Upon Him). Ramadan is the ninth month of the Islamic calendar, which is based on the Islamic lunar calendar and accordingly changes from year to year.
Ramadan is regarded as one of the Five Pillars of Islam. Ramadan is observed by Muslims worldwide through fasting, introspection, prayer and festivities. Each day during Ramadan, Muslims do not eat or drink from sunrise to sunset. It is a time to engage in spiritual reflection, improvement, and increased devotion. Late evening celebrations and visits with family members commemorate the month of joy and understanding.
Key Fact Sheets

In the United States, the month of May is dedicated to recognizing and celebrating the contributions and influence of Asian Americans and Pacific Islander (AAPI) Americans.

Asian American and Pacific Islanders are one of the fastest growing minority segments and make up approximately 8%* of the US population. This diverse group enriches the American culture greatly.

Pride Month is recognized every June and is dedicated to celebrating the LGBTQ+ community. Many pride events are held during this month, such as pride parades and festivals, to uplift LGBTQ+ voices.

Pride Month is dedicated to supporting the community’s rights and the pursuit of equal justice.

Juneteenth is a federal holiday in the United States of America. This day commemorates the effective end of slavery in the nation. The day honors freedom, culture, and achievement.

Hispanic Heritage Month is recognized annually in the United States to honor the contributions and influence of Hispanic Americans to our nation’s history, culture, and achievements. This includes Americans whose ancestors come from Mexico, Spain, the Caribbean, Central America, and South America.

Rosh Hashanah is the Jewish New Year. It begins at sundown of the first day of Tishrei, which is the seventh month of the Hebrew Calendar. It is a two-day observance that honors the creation of the world. It also begins a 10-day period of introspection and repentance called the Days of Awe.

Diwali (pronounced dhee-va-lee) is known as a festival of lights and is celebrated by many religions and people including Hindus, Jains, Sikhs, and some Buddhists. Some also call it Deepavali. Diwali originated in India and is mentioned in early Sanskrit texts. The date of Diwali is determined by the lunar calendar and differs slightly year to year, but it is usually between mid-October to mid-November.